The Polly World consists of four Co-creative Tangibles and two APPs. One APP, Polly Compose, is for interacting with the Co-Creative Tangibles at home, using a Smartphone or a Tablet over the Internet. The other APP, Polly Control is for setting up and manage the whole Polly World. All wireless and mobile Polly Tangibles have USB and Inductive battery charging. They also have separate on/off-functionality, so that they can run stand alone or together in the Polly World. All the Polly Tangibles have a unique sound system and speakers to provide high quality multi-channel sound. Polly has a specially developed lighting textile with embedded LED-light system and diverse sensorial stimulating surfaces to give the users unique sensorial, visual and tangible experiences. 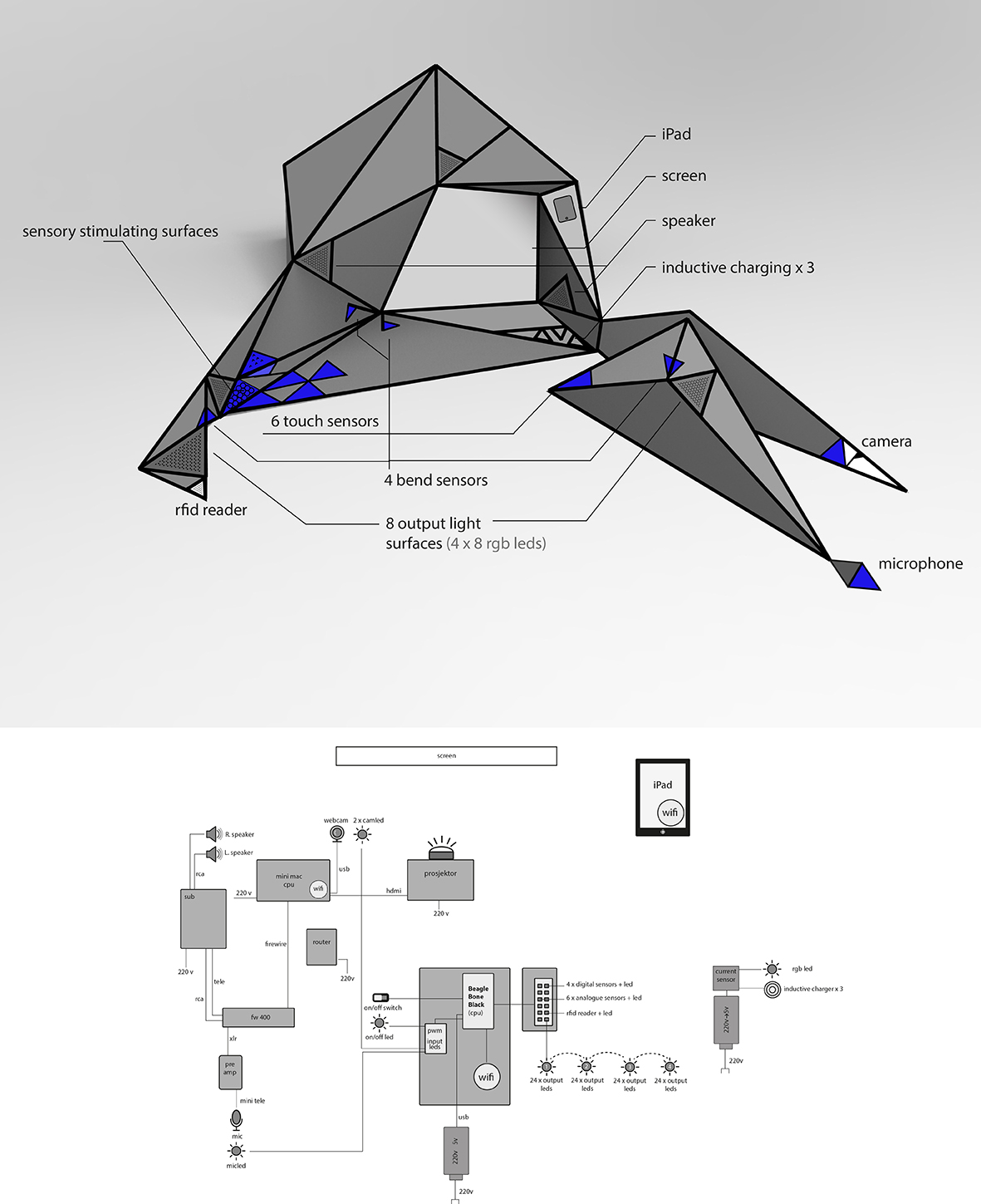 Polly Land is a large wired Interactive Landscape with three arms and an embedded projector for a close and intimate relation to live video and dynamic graphics. One of Polly Lands arms has a Microphone for voice input, one has a Camera for live video and one arm has a RFID-reader for selecting and playing music in several ways. In addition Polly Land has six Touch-sensors and four Bend-sensors to vary the music further. It also has several sensorial stimulating surfaces to enrich the sensory experience. 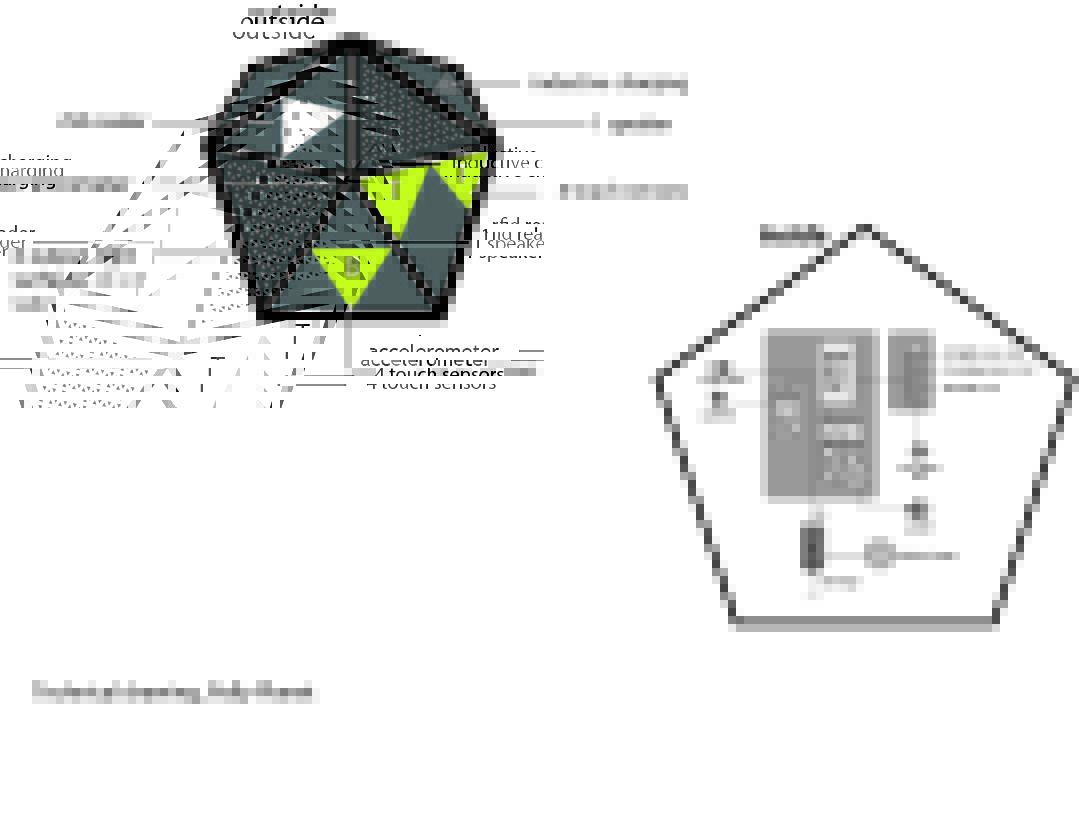 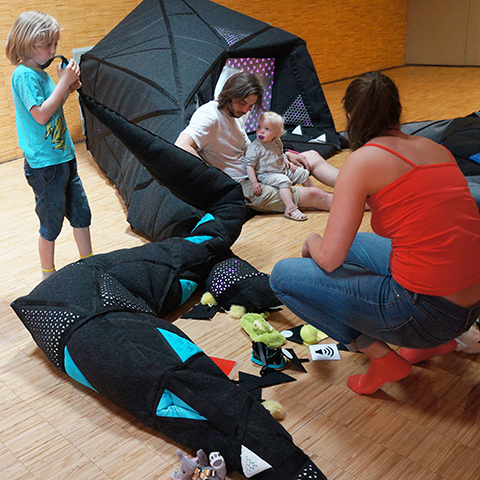 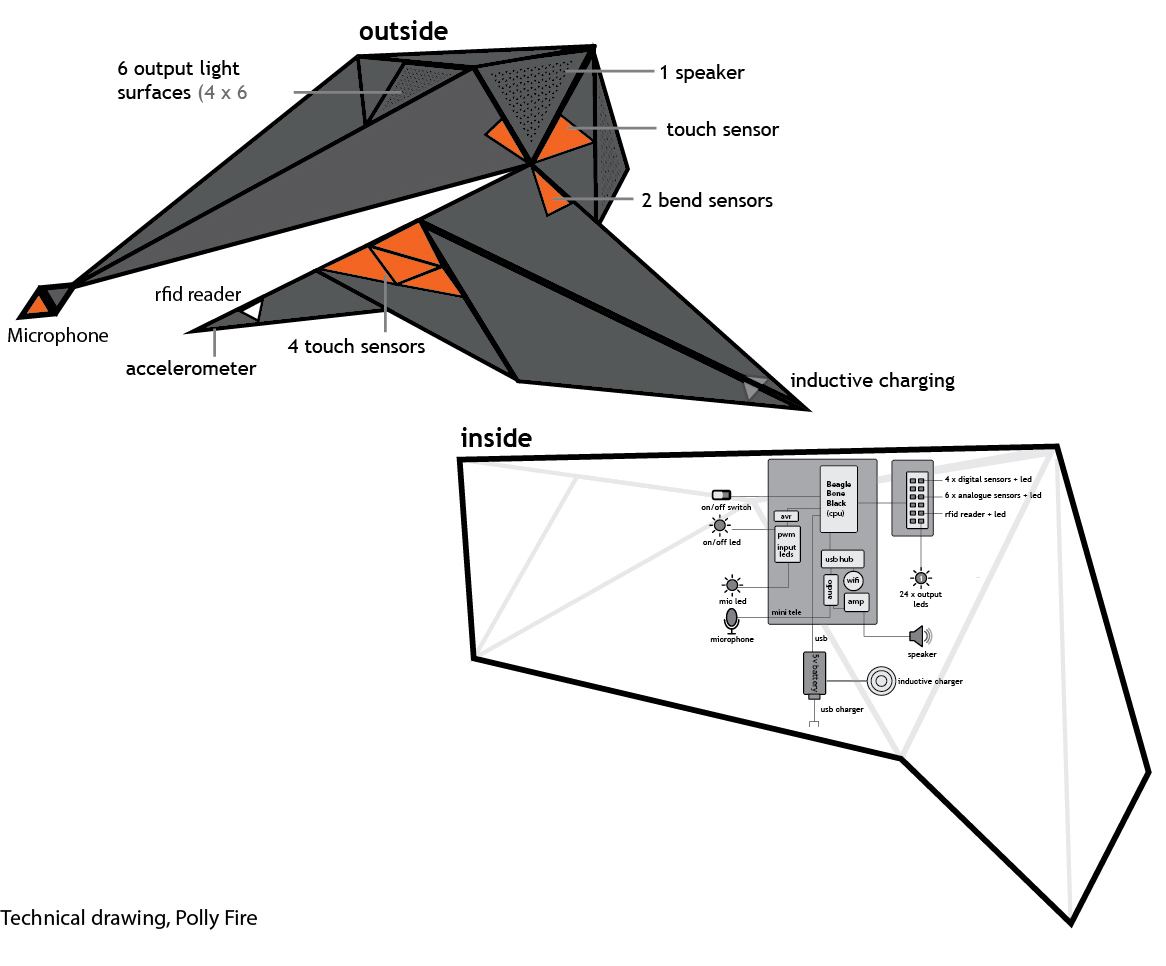 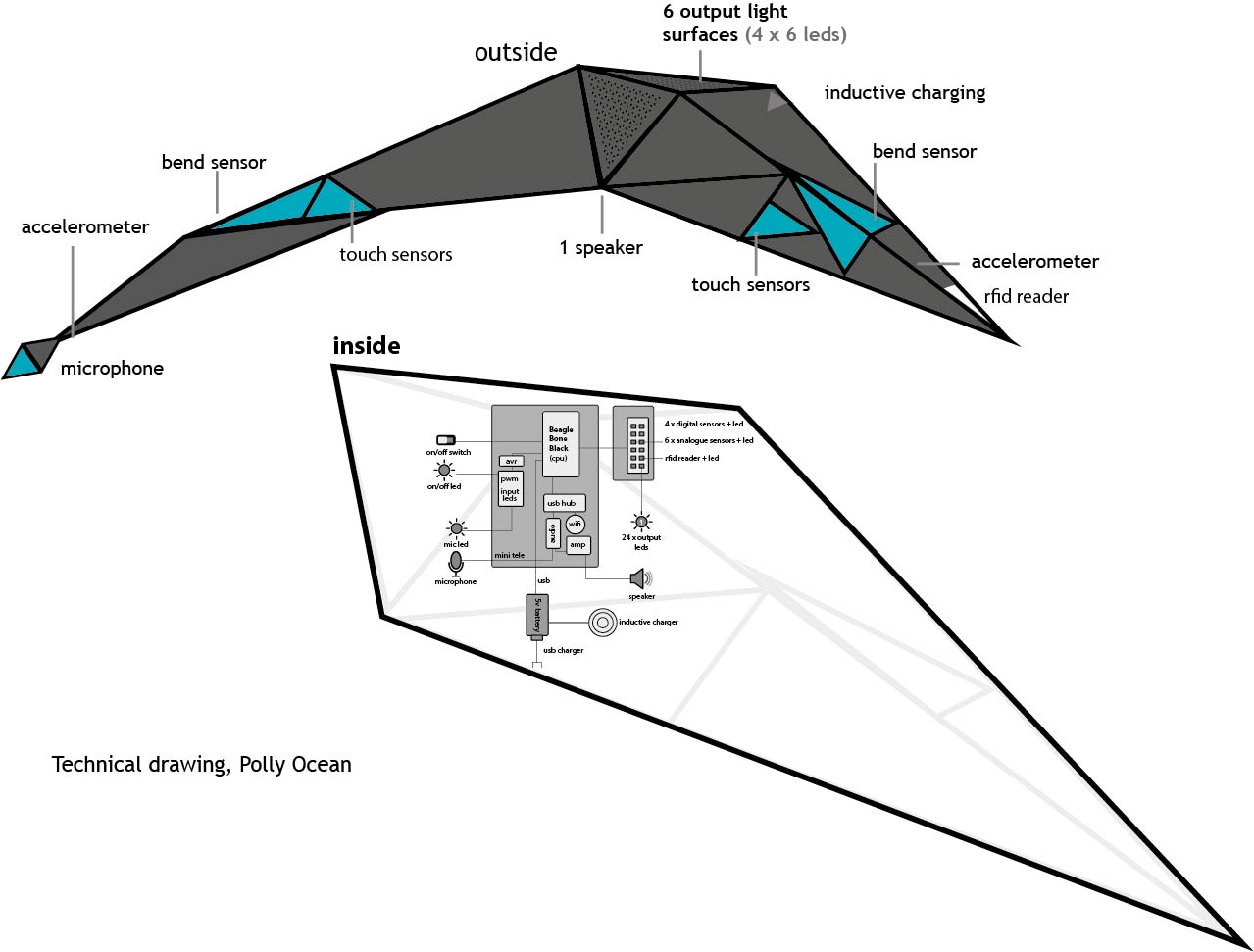